After 40+ years of teaching and decades given to her students right her in Mississippi Professor Emeritus Deanna Douglas was honored with this year’s Silver Medal Award from the Mississippi Gulf Coast Chapter of the American Advertising Federation. To quote the AAF website about the award:

“In 1959 the American Advertising Federation established the Silver Medal Award Program. The program was established to recognize individuals who have made outstanding contributions to the advertising industry.

Each year, local chapters of AAF bestow this award upon an outstanding member of their local advertising community. These individuals are not required to be members of AAF but fall within the criteria outlined on the attached nomination form.”

Professor Douglas’s wasn’t the only one to be honored at this year’s Addy Ceremony. Despite Covid-19’s best efforts University of Southern Mississippi’s student designers are continued to prove their worth in many different categories. This Spring just a quarter of USM’s Graphic Design students won almost every award at the Addy’s Competition as well as Best in Show and Judges Choice Award. The American Advertising Awards (Addys) is the design and advertising industry’s largest competition, attracting over 40,000 entries every year, and just ten design students reeled in 30+ awards. Twenty-one Silver and eleven Gold Addy Awards were awarded. The students placing in the local phase of the competition will move forward to the district level. There they compete with works from across several states for the opportunity to compete at the national level.

Travis Cumbest won Judges Choice Award as well as a gold Addy for his “We Are Here” Social Media Trailer that was created for the SPVA Design + Marketing team for the Art Department. “It was an honor to be selected as the Addys’ Student Judge’s Choice Award. My classmates and I worked extremely hard, and I am very humbled to be recognized by the community.” He said.

Sydney Beech won Best in Show as well as a gold Addy for her “Her Story” Social Media Advertisement that was created during a Motion Graphics course. “I am incredibly honored to have received Best in Show. I was up against some incredibly talented designers, so it was a shock to hear they considered my piece to be one of the best. Winning this award gave me a huge confidence boost and gave me validation that this is exactly where God wants me to be! I also greatly appreciate the overwhelming support and love I have received from my classmates and professors during this experience. Southern Miss has blessed my life in so many ways and it was a privilege to represent the school at the Addy’s this year! The one piece of advice I would give to other students is to never give up! I actually entered the Addy’s last year as well, but I didn’t receive any awards. This year, I won three gold awards and best in show. A little hard work and determination will take you far!” She said.

A list of all the amazing designers and their awards can be found below. Congratulations to everyone who participated for their amazing work. 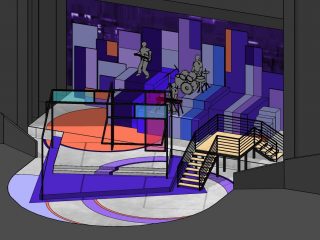 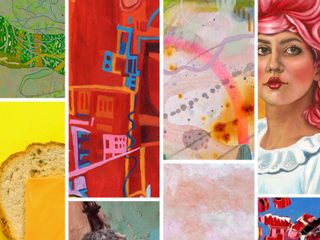